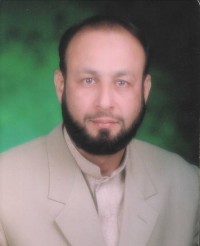 Clear vision and perception of right direction are the foremost factors that point to a path ultimately leading to the destination. Pres Being Muslims we believe that the treasure of knowledge and wisdom shall always belong to us unless we ignore our own brilliant past, and least bother to recall who we really are. It owes to scarce awareness of Muslims about their own selves that since last few centuries Bu Ali Sina, Jabir Bin Hayyan, Ibn-ul-Haitham, Umar Khayyam, Al-Khwarizmi are seldom born in this unfortunate Ummah. It’s startling to many that whatever branches of science exist today; are based on research, initially carried out by the same elite group of Muslim scientists. Common wisdom holds curiosity as to how they achieved such remarkable success. The only answer is: “They were loyal to Allah Almighty, and used AL Qur’an as the basic frame of reference for their research and studies. It’s sad that later generations kept themselves away from the areas explored by our ancestors, whereas the western intellect took charge of the heritage given up by Muslims making it a base for further development that eventually lead them to the throne of dominance.

During the post-renaissance era in Europe, Muslims were deliberately distracted from the course they always followed. Isolating Islam from contemporary education lead the Western World to success and simultaneously directed the Muslims to a state of affairs that eventually leads to catastrophe. Resultantly, we Muslims, the leaders of the past are nothing more than followers of today, trapped into whirlpools of false hopes.

Without bothering to determine correct answer to a simple question “HOW” majority of us is over-ambitious to accomplish their ‘Mission’ by exotically blending religion with modern education. The programs which are seemingly inspirational for the time being, give further rise to an already widening gulf of difference between assumptions and the logical conclusions extracted from precise research, which can be applied and sustained systematically in educational setups.

Criticism or regrets can never change the past; what is gone is gone away for good. It has become inevitable to launch a diverse educational system that’s reinforced by Islamic values, and is compatible with the needs of current era, coupled with the potentials to resolve emerging challenges of future. In addition, it should also serve as a platform for research and development under the shadow of Qur’an and Sunnah.

I bow to Almighty Allah Who blessed us with the vision, knowledge, and above all the vigor to transform our ideas to reality i.e. ALHAMD Islamic University (AIU), ALHAMD Schools Network (ASN), and several other institutions in our sphere of influence, to commence the sacred mission of promoting education. We assign top priority to the Islamic research, and are committed to produce scholars and skilled professionals in the field of Islam, Science, Arts and Technology.
I seek Allah’s consent for more strength to achieve the goals we are striving to set for our nation and country through the platform of ALHAMD Islamic University, ALHAMD Schools Network and all related institutions…Ameen.

We believe in learning continues throughout your entire career. Our University is a way of keeping our people updated on the latest and help accelerate their career, to take them where they want to go next.

Thank you for subscribing.

we respect your privacy and take protecting it seriously